If you’ve ever had a teenager (or been one) locked out of the house, then you’ve experienced screen removal not done properly. This often results in bent screen frames, torn screens, and damage that simply can’t be repaired. But there are plenty of reasons you might want to remove a window screen. You might be:

There could be other reasons you are removing your window screen and the key is you want to do so without damaging the window frame, a costly mistake. You also don’t want to get hurt or cause damage to any other item. So here are the various ways to remove a window screen.

Use the links below to skip ahead:

How to Remove a Window Screen

Most window screens are meant to be somewhat flexible. That is because they are designed to be removed pretty easily. Not all window screens operate the same way but the steps below should guide you to successfully remove any window screen. 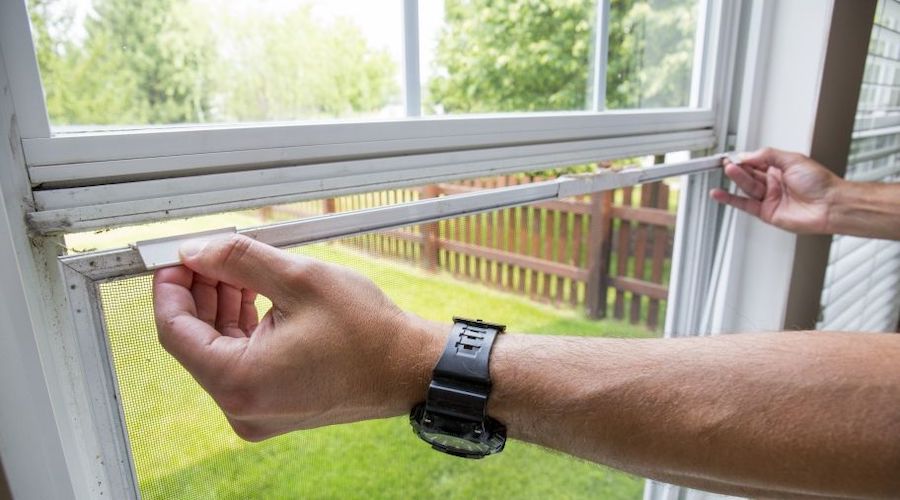 To remove the window screen while standing inside the residence: 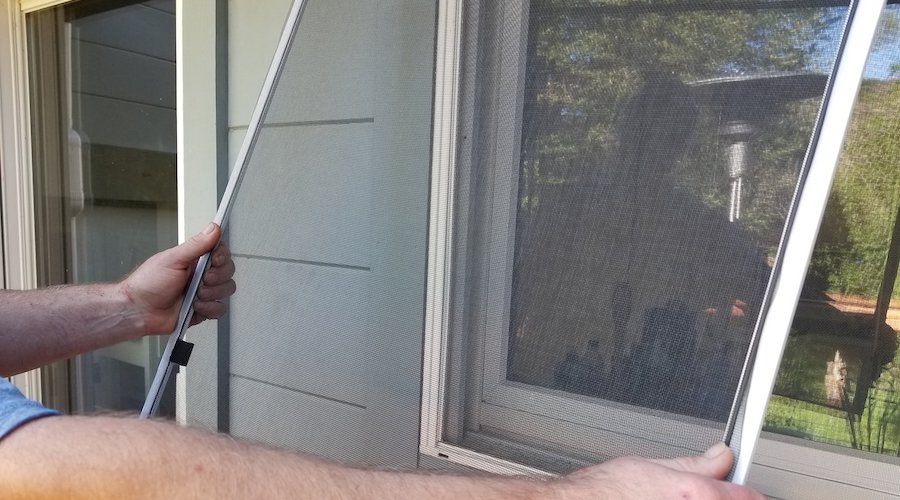 To remove the window screen while standing outside the residence:

If you need to remove the window screen from outside your home, you may need a couple of tools. Try a flexible putty knife and a flat head screwdriver or a paint can opener.

How to Remove a Window Screen in a Hung Window 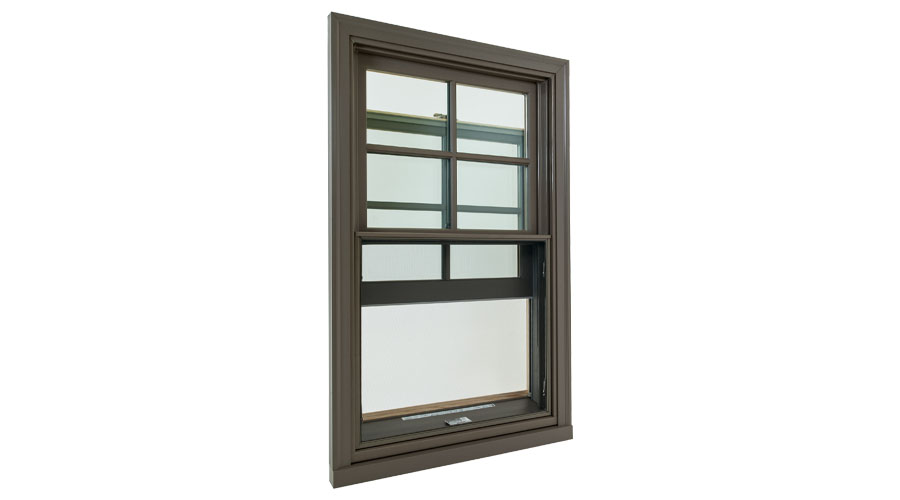 In this case, you would push the top part of the screen up, pressing on the spring. At the same time, pull on either the tab or pins at the bottom of the screen, and push outward. The screen should come free of the frame, and then you can carefully twist and remove it.

If there are no tabs or pins, you will simply have to pry at the bottom of the screen. Use a large putty knife to do so, being careful not to bend the screen frame.

How to Remove a Window Screen in a Slider Window 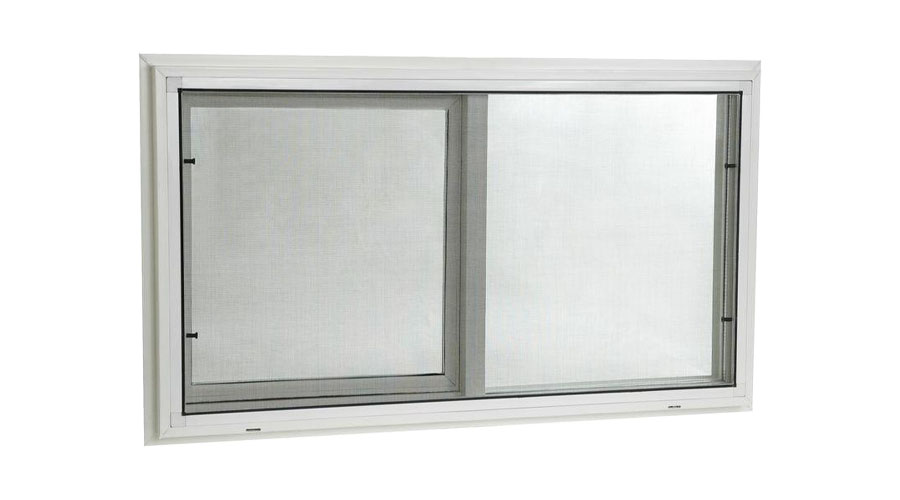 The process for removing a window screen in a slider window is nearly identical to the others.

Set the screen carefully aside until you are ready to replace it.

How to Remove a Window Screen in a Casement Window 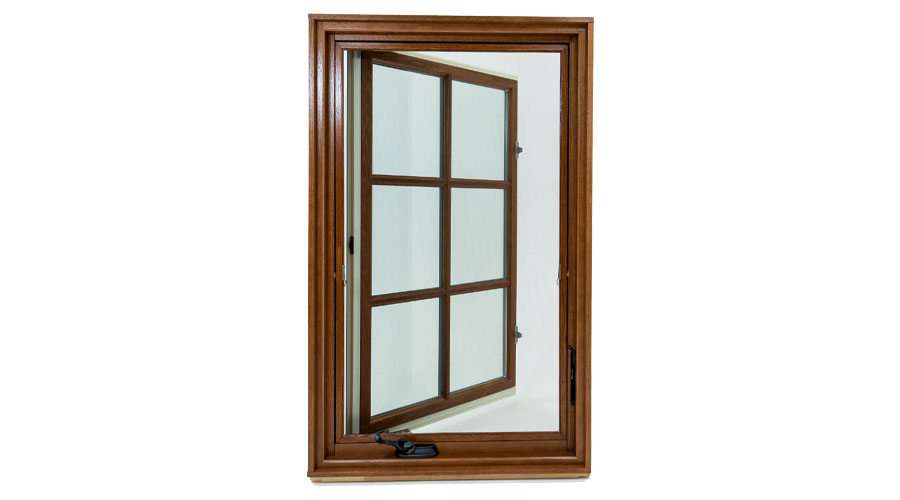 This procedure is similar in that you will:

How to Remove a Full Height Window Screen 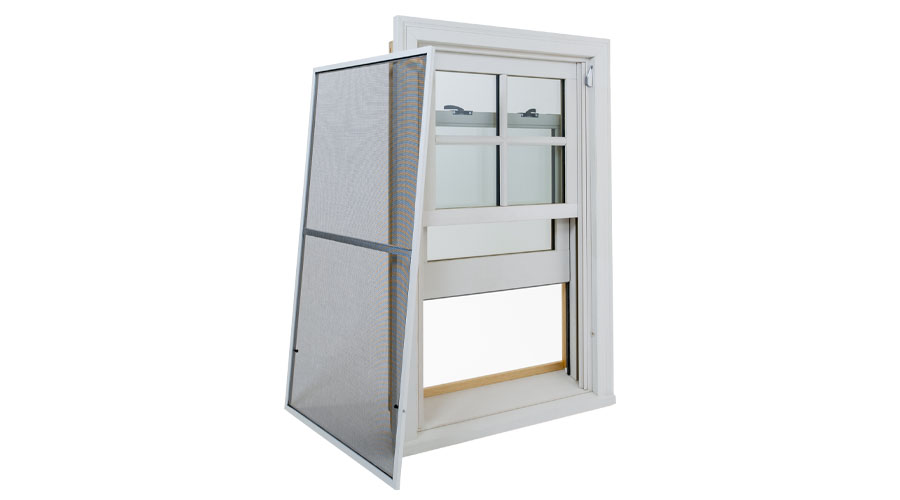 Removing a full-height window screen follows the same procedure. However, you will need to pull on both sides simultaneously to free the screen. Depending on how large the window screen is, this can turn into a two-man job.

First, keep yourself safe by keeping feet firmly planted and being balanced. Don’t lean on the screen, as you could end up falling out of the window.

Second, before dropping the screen outside, check to make sure that the area below you is clear. You don’t want your friend, neighbor, or even your dog to take a screen to the head because you weren’t looking. Edges can often be deceptively sharp, and although not heavy, a falling screen can do some damage.

If you have to pry to remove the screen for some reason, use a wide blade of some sort, like a putty knife. This will keep the pressure even across the screen frame and prevent it from bending or buckling. Be gentle. You should not have to pry in a hard way. If the screen is stuck, get help.

Too much prying can actually cause damage to the window frame, and that can be both costly and hazardous.

Remember, taking out a window screen properly prevents damage, is safe, and is usually done from inside the home. Preserve your screens, and you’ll save money, time, and keep the bugs outside where they belong.

There are several window spacers types but all are designed to provide reinforcement in the space between glass panes. Some have more benefits than others, learn more about each type in this post.

Window grids, also known as window grills or muntins, are partitions used to visually divide a window into smaller sections for aesthetic reasons. There are a variety of styles and types of grids.

In this post, we're shedding some light on the differences between storm windows vs replacement windows. Learn which is a better option for your home.