Do you live in an older or heritage home? If so, you might have noticed that the glass in your windows has an oddly wavy look. If this is the case, the windows are probably of the same or a similar age. Perhaps you assume that you should replace the windows, as there is distortion. The truth, however, is somewhat different.

If the windows are original to the home, you should consider keeping them in place. This is especially recommended if you live in an historic home and want to preserve the original fixtures and fittings. If the windows aren't original to the house, however, you should consider replacing them. New, energy-efficient windows will give you the benefits of superior energy performance and long-term value.

(Use the links above to jump ahead)

Window glass produced in the 19th century and earlier tends to have a wavy look. In general, the earlier glass was produced, the more likely it is to be wavy and have other imperfections, such as "seeds" (small bubbles). In the later 19th-century, cylinder glass was used. Earlier in that century, crown glass↗ was the norm.

What is Crown Glass? 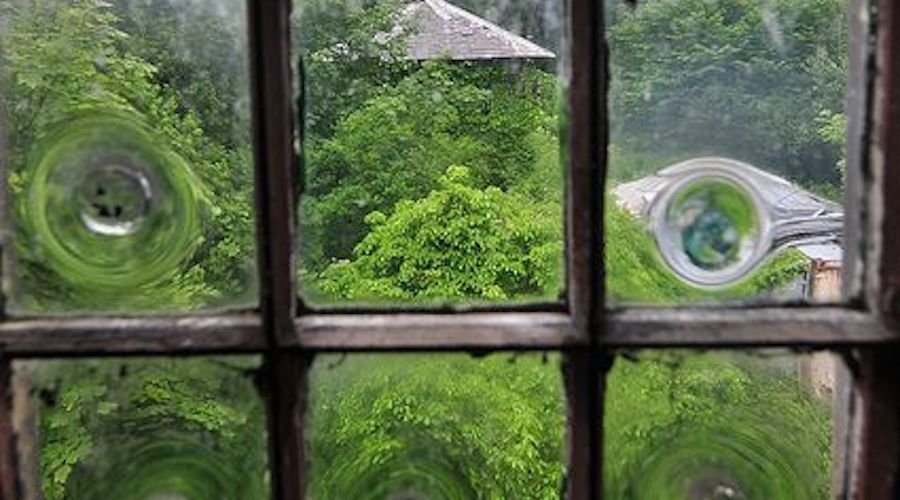 Crown glass had a circular shape. This is why only smaller pieces could be produced. This meant that several pieces might have to be used for a single window, adding to the likeliness of distortion and waviness↗. Crown glass was produced by way of heating and blowing processes.

What is Cylinder Glass? 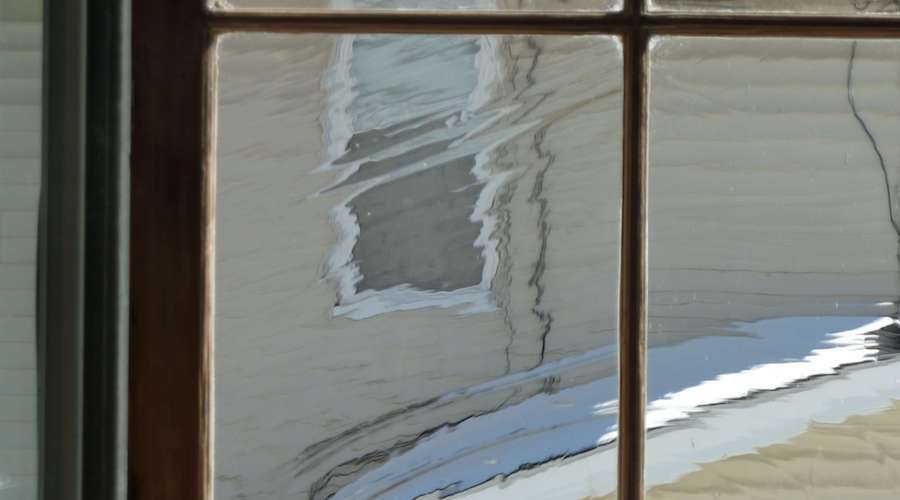 An advantage of cylinder glass was that it could be produced in sheets↗, so a single sheet could be used for a large window. While cylinder glass has fewer waves and imperfections than crown glass, both types of glass tend to have a wavy appearance↗, especially to modern eyes.

Like crown glass, cylinder glass was made with the traditional heating and blowing processes. This meant that cylinder glass also had a wavy appearance, but a bit less so than crown glass. With both the crown and cylinder methods, the glass had to be flattened after production. The "problem" of wavy glass was solved with the invention of the float glass method.

What is Float Glass? 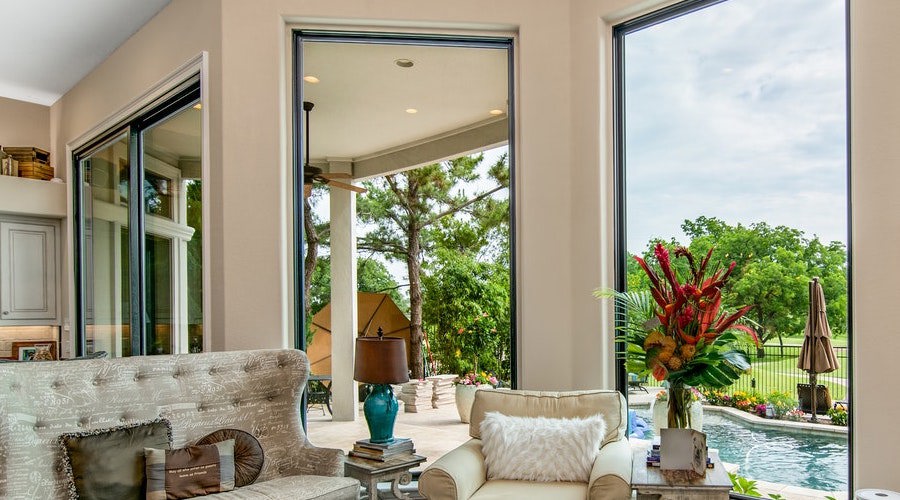 Float glass was invented by Pilkington Brothers, Ltd. of England, in 1959↗. The float production method, also known as the Pilkington Process, is the production process used to make glass today. 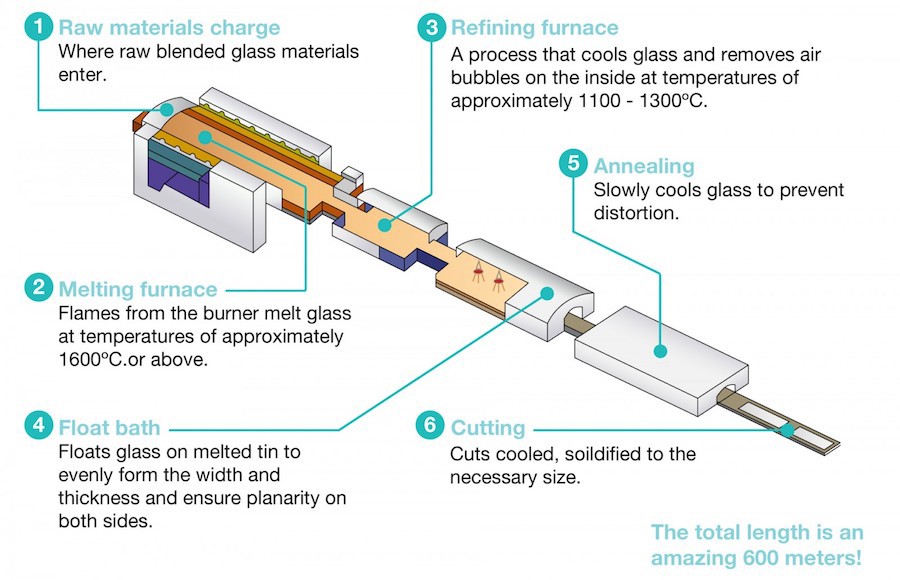 In this method, molten glass is floated on a bed of molten tin. This means that the sheets of glass remain flat. It also ensures that the thickness of the glass is the same throughout. Float glass is distortion-free and extraordinarily smooth. The glass created in the float process is used to create other types of glass, such as laminated glass and tinted glass.

During the production process for float glass, molten glass is taken from a furnace and poured into a chamber, within which is a bed of molten tin. As a result of a specially controlled environment within the chamber, glass floats on the molten tin and takes on the form of the container. The thickness of the glass is decided on before manufacture. The width at which it is spread is between 90 and 140 inches.

The upper side of float glass, which is polished with fire, is referred to as the score side or air side. The underneath surface is referred to as the tin side, and this is not polished. Once the glass is taken from the chamber, the glass must be put in a lehr. This is an oven. After this, it must be cooled. The cooling process is called annealing↗.

Should I Keep My Original Windows?

If the windows are original to your home, you should consider keeping them. That's because they add to the character of your home and you may be eligible for generous tax credits if you keep them. If you're having problems with them, such as sagging or difficulty with opening, you can hire an expert for repair and restoration↗.

The waves in the glass of your windows are charming reminders of your home's historic heritage↗. While new, energy-efficient windows may save you money on heating and cooling your home, tax credits for keeping original widows may outweigh those benefits. When deciding whether to keep your original windows, these are the considerations you should weigh.

Window Restoration in DFW: When it's the Right Choice

Should you replace or restore your windows? If you live in the Dallas-Fort Worth area, the answer really depends on where you live.

Wondering what types of window glass options are available? Check out this post for tips on choosing safety, decorative, or performance glass for your windows.