Tudor homes have a very distinct look. If you are remodeling or building a new house in this style, it will be important to use classic Tudor elements even if you are modernizing the house. We'll focus on Tudor style and Tudor window options in this post. Keep reading for an introduction to Tudor architecture and examples of Tudor homes.

Use the links below to skip ahead in this post:

What is Tudor Style? 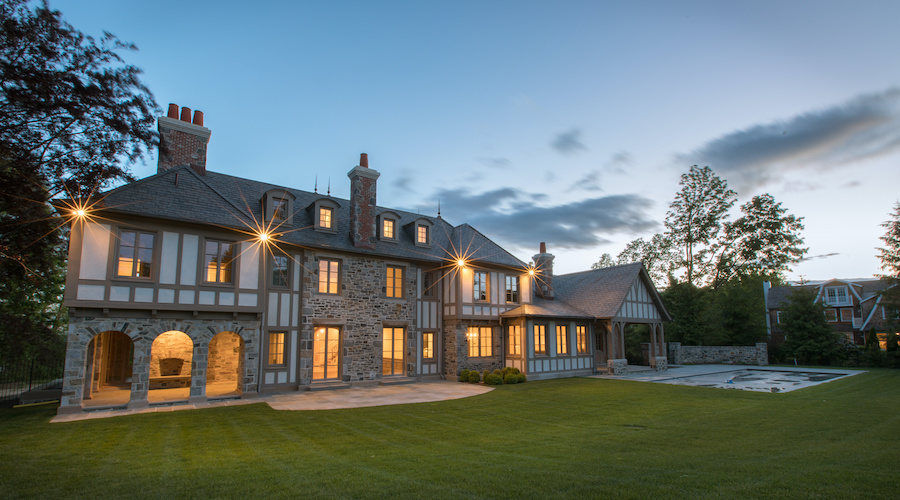 Imagine a Medieval English building from the Tudor period of 1485 and 1603. The dark exposed timber, the lattice windows, and the gothic charm inspired Tudor architecture's emergence in U.S. neighborhoods during the late-19th century. Tudor architecture was associated with the Arts and Crafts movement, much like Prairie and Craftsman architecture. You can see the similarity in the exposed woods, solid masonry, unique decorated details, and fine handiwork around the home.

American builders and homeowners lost interest in the Tudor style after World War II. During this time trends shifted to more American styles such as Colonial Revival architecture. Despite the change in trends, you can find Tudor homes in original and modern variation across the country. You're more likely to find Tudor architecture in the older suburbs of the Midwest and Northeast.

Features typical of Tudor architecture include: 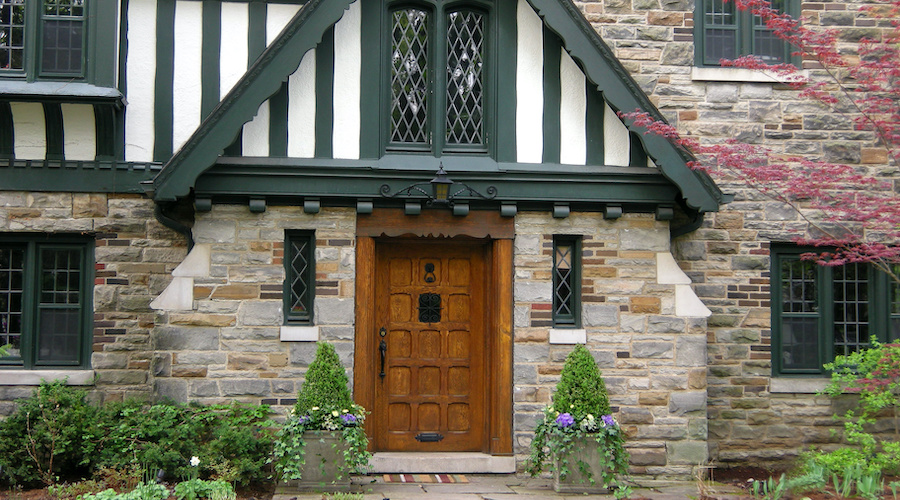 The window styles used varied but the most popular were casement windows. Windows on Tudor homes were narrow, tall, and often clustered together. The defining feature of Tudor windows is the use of grids, particularly lattice or diamond-shaped grids. Historically, glass was only a privilege that the wealthy could afford and it was made in small units. Households with more modest income used polished horn, cloth, paper, or shutters to cover their window openings. Today, glass is more affordable and made in large sheets so grids are purely decorative. 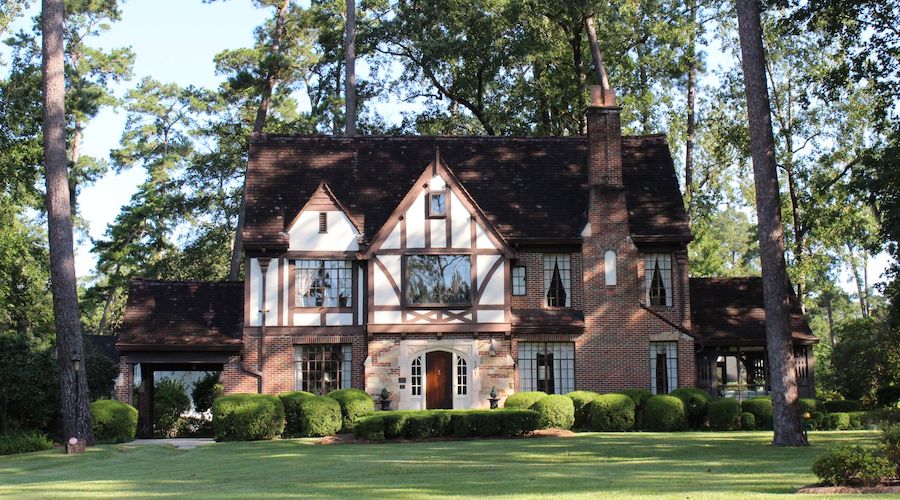 An architectural firm, Daniell and Beutell↗, built two unique Tudor style structures in the early 20th century in Georgia. One is the 1930s Joe M Beutell House↗ with its exposed beams and brickwork. The windows have a tight colonial grid pattern. The use of this grid pattern creates a window that looks like it's made up of several small units of glass.

The ornate entrance, high chimney, and steep roof are quintessential elements of Tudor style. The Joe Beutell House presents a great example of this form during its hay-day. It's also worth noting that it's recorded on the National Register of Historic Places↗.

Tudor homes are intriguing and other-worldly. If you've found an old Tudor home to revamp, or are launching into a modern revival of the style don't overlook the details in your windows. We recommend working with a company like Andersen. Andersen in particular offers an architectural collection of windows with superior craftsmanship. Choose windows with Energy Star-rated glass packages and colonial or diamond patterned grids.

A quick guide to understanding window grids. Make the design process easy by with this introduction to window grid patterns, styles, and profiles.