All modern single hung and double hung windows have a built-in balance system that makes it easy to open and close the window sash. When you’re ready to shop for new or replacement windows, understanding the value of each balance system will help you make a confident decision. In this post, we’ll explain everything there is to know about constant force balances by answering some frequently asked questions.

What is a Constant Force Window Balance?

A constant force window balance is the mechanism that allows windows to open and close smoothly. The balance allows the window to remain open without the use of a prop to hold it up.

This balance system uses a stainless steel coil similar to a tape measure to raise and lower the sash. The tension in the coil remains constant and easily extends and contracts to operate the window. Larger windows are heavier and put more strain on the balance system. To provide the right amount of counterbalance more coils are added to the balance system.

Constant force balance manufacturers use computer programs to measure the dimensions of the window and calculate exactly how many coils to use in the window. This system ensures that each window has the proper counterbalance for longterm use. 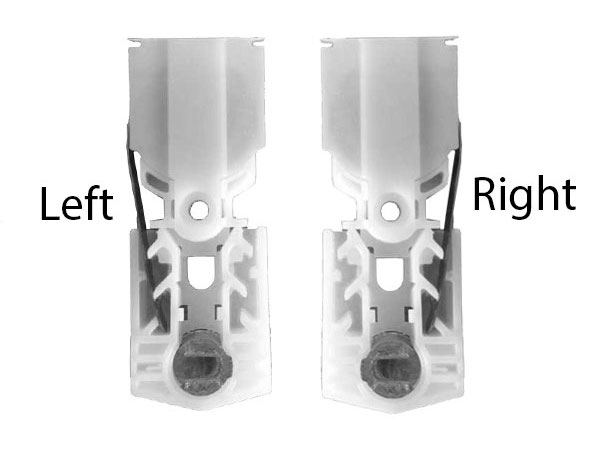 Image Credit: All About Doors

How does the constant force balance work?

The coil is set over the balance drum and the balance spring cover over both. The coil is attached to the shoe and the sash latches into the shoe. In the jamb of the window is a place for the balance coil to be screwed into, this holds the coil in position when operating the sash. The sash is caught on the shoe which is attached to the coil when the sash is lifted and lowered the coil balance contracts and extends. It’s as easy as imagining the extension and retraction of a tape measure.

How Do I Know Something Is Wrong With My Window Balance?

Constant force window balances are the most reliable type of window balance. Unlike other balances, this system uses a stainless steel coil that won’t rust or lose tension. Serious problems with this balance are unlikely but if you do run into an issue, it’s fairly easy to replace the balance (more on that later in this post).

Many of our most popular windows feature constant force window balances. We have yet to run into a serious problem with this type of balance but we do sometimes receive calls from our customers saying their new replacement windows won’t close or won’t stay open. Some might think, “wow, it already broke,” but this is rarely the case.

The particular problem our customers run into is on windows with a tilt sash. The issue is that the sash isn’t sitting in the shoe correctly. The sash can become disengaged from the shoe two ways:

The window sash has a small rod at the bottom of the left and right corners. These rods should sit completely in the shoe, once in place, they’ll latch on and operate as intended.

If the sash is properly engaged in the shoes of the balance and the window is still difficult to lift or lower, then there is a problem with the balance.

How To Replace a Constant Force Window Balance

If you are replacing both balance systems repeat steps 2-3 for both sides of the jamb.

Which Window Brands Have a Constant Force Window Balance?

Most window vendors are manufacturing windows with constant force or block and tackle balance systems. The list below identifies the windows we sell which feature constant force sash balances.

For an overview of all window balances, check out our Window Balances 101 blog post.

Window Balances 101 explains everything you need to know about window balances. You’ll want to read this if your windows are difficult to open or won’t stay open.

Window Restoration in DFW: When it's the Right Choice

Should you replace or restore your windows? If you live in the Dallas-Fort Worth area, the answer really depends on where you live.

©2022 Brennan Enterprises, Inc. All rights reserved. Product specifications are believed to be accurate at the time of original publication. Consumers should verify specifications prior to purchase rather than rely on information on this website, which is not intended to be a final specification.