It is made from the earth, reflects the sun and echos the landscape. Adobe Revival Architecture has a strong and established history. The unique style, also known as Santa Fe or Pueblo Revival style, has its roots in the Southwestern United States. From New Mexico's mansions, the Pueblo Style architecture sprung from the Pueblo people's hands and gained popularity around the 1920s and 1930s. However, many modern homes replicate its smooth, raw, and modest features. In this post, we'll talk more about Adobe revival style and appropriate window styles.

Use the links below to skip ahead in the post

What is Adobe Revival Style? 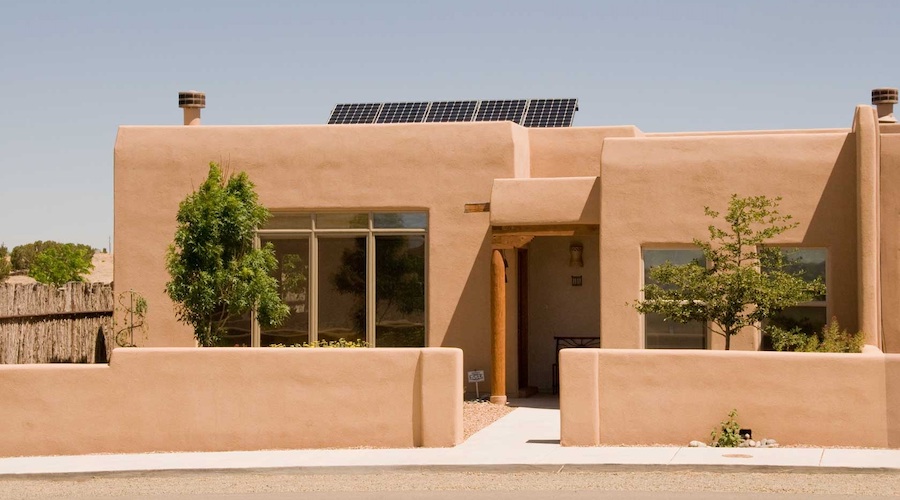 Adobe Revival style embraces the earth. Traditionally, Pueblo people used Adobe as their building material of choice, a combination of dirt, clay, straw, and water. The clay tone is still a typical feature of Adobe Revival style houses and is a nod to the traditional buildings that embraced hard work and natural materials. Today, stucco, mortar, or concrete form the medium for modern structures of this architectural vein.

Pueblo architecture leads your eye horizontally with a flat roof, usually supported by wooden beams that extend past the wall edges. The walls, which had to traditionally protect the interior from scorching temperatures, are thick for insulation. Rather than sharp and harsh edges, walls flow from one side to the next with a rounded and smooth surface. Adobe revival styles make use of heavy wooden doors, exposed ceiling beams, and porch posts. These heavy materials create shadows and solidity to the otherwise cloud-like and smooth finishings.

Art Deco came onto the scene in the 1920s, a bold celebration of craftsmanship amalgamated with the Pueblo Revival style. This brought on the birth of Pueblo Deco Architecture↗, which was substantially more decorative and stylized. Albuquerque's KiMo Theatre is the most typical example of the Pueblo Deco style.

Spanish Colonial Revival styles↗ are also similar in appearance to the Adobe Revival buildings. While similar materials made up the structures, roofs were given a slight pitch, and red barrel tiles decorate porch roofs and windows.

A similar historical style, with a link to Greek Revival Style architecture, is the Territorial Revival style↗. The style is a reminder of the Mexican war of 1846 when Northerners populated the areas and brought their Anglo influence into structural tastes. The Territorial Revival Style is more symmetrical, also featuring a flat roof, but differentiated by its rim of dark brick and pitched tops above windows and doors. The walls are less rounded and offered sharper edges when compared to Pueblo-style homes.

The Spread of Adobe Revival Homes 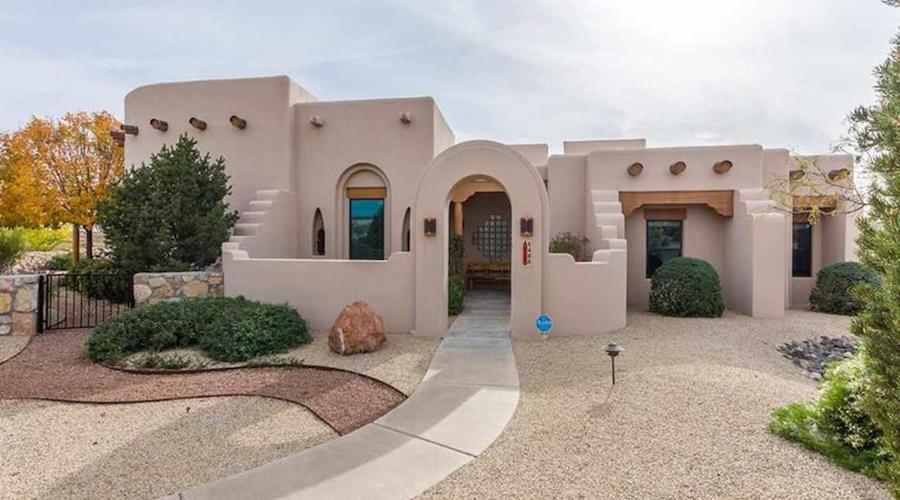 Pueblo Revival Architectural is popular in New Mexico, but its smooth and cool appearance has also been embraced by States with similar climates. Western Texas, Phoenix, and California's deserts have adopted the peaceful Pueblo styles for their sheltered courtyards and simplistic features. 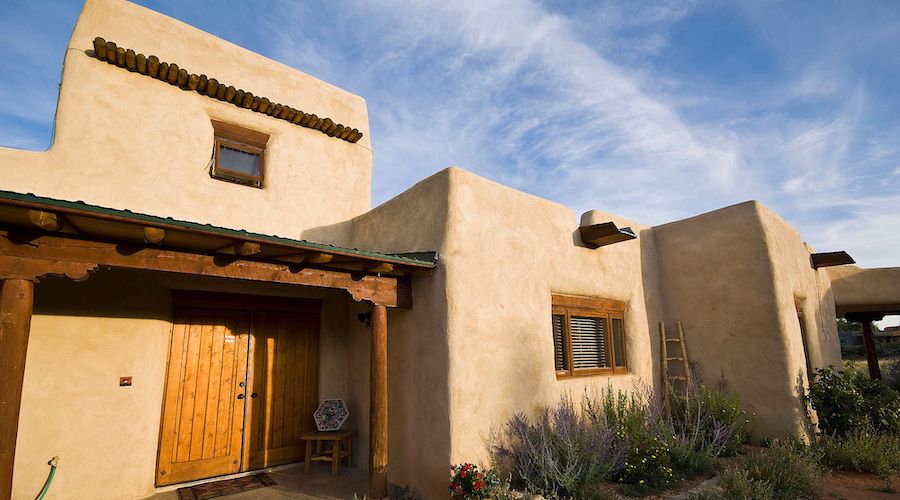 As a contrast to the rounded feel of Adobe homes, window styles are mixed. With Sante Fe Style homes, you can find anything from small picture windows to square functional window styles. The windows are practical and do not draw attention. The small windows are usually deep-set as a way to restrict heat from entering the residence.

Wooden frames were commonplace in window framing for Adobe homes, but for contemporary homes or replacement windows, aluminum or vinyl window frames are more durable and energy-efficient. 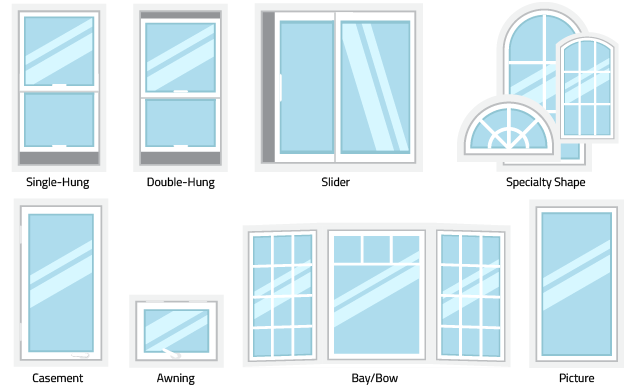 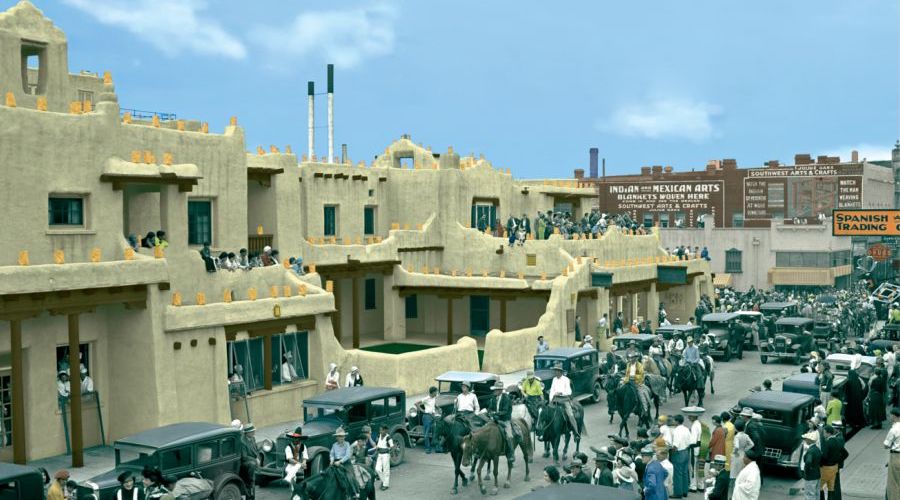 To experience Santa Fe architecture, one needs to look at Sante Fe↗. The famous Canyon Road↗ has been honored for its creativity and celebration of Pueblo Revival Architectural. The New Mexico Museum of Modern Art↗ also showcases the smooth edges, earthy tones, and small windows of this historical architectural style.

While raw and undecorative, Pueblo Revival Architectural is praised for its ability to amplify beautiful landscapes. It connects to nature in its materials, its beautiful simplicity, and its ability to protect from the elements.