Do you have a Shingle-style home that needs some improvements? Or are you drawing inspiration from the late 1800s for your new construction home? Before you make any decisions on constructional details, take a moment to read this article. We chat about how this American "summer home" came to be, some of its characteristics, and of course, we'll also discuss the window styles used in Shingle style architecture.

What is Shingle Style? 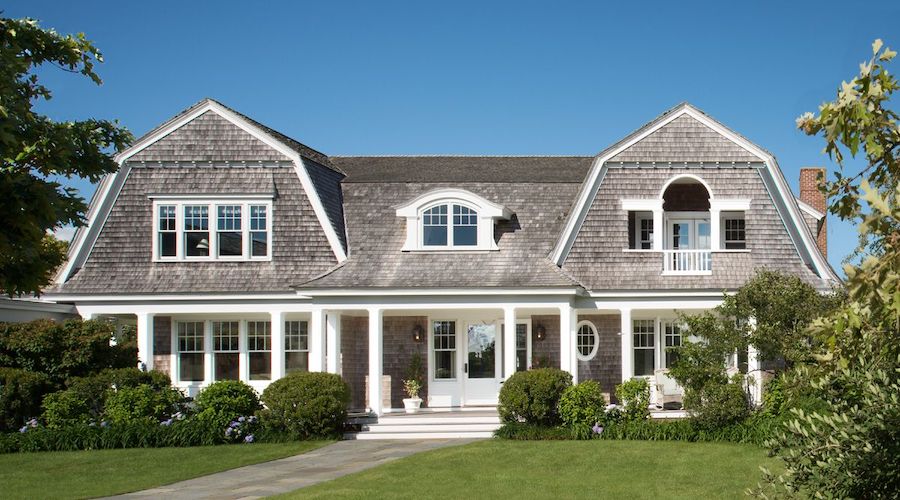 Shingle-style homes bring us a modern American style that veered from traditional architectural rules. The form is the perfect balance of the Victorian style and the deliberately crude Arts and Crafts Movement. Forgoing elaborate details and finishings, Shingle-style homes have a graceful, natural, and reserved feel. It is a style that started to move away from classicism and sought to bring comfort and ease-of-living to those who existed in them. Initially, it was the perfect beach house and was popular among large-scale beach resorts on the New England coast.

Shingle-style homes were essentially the brainchild of contemporary architects, John C. Stevens, Frank Lloyd Wright, Bruce Price, Ralph Emerson, and H.H. Richardson. John C. Stevens's summer homes↗ were popular in wealthy places like Manchester-By-The-Sea, Massachusetts, and Newport, Rhode Island. This style preceded the Craftsman and Prairie style architecture that did away with the glitz of classical and European-influenced architectural structures. The Shingle style emerged around the late 19th century (1880-1920) and embraced natural shingle cladding and an ease with nature.

Other characteristics of Shingle-style homes included:

As you can see, Shingle homes were less fussy and specific than preceding architectural styles. There was a freedom to create what the family retreat needed. You can find this style on the East Coast's seascapes of the U.S. and the street sides of New England and the Middle West.

If you haven't already realized, there are no hard-and-fast rules to Shingle architecture. For an architectural style that is so loose, it's tricky to pinpoint what some would consider a "typical" window style. Shingle architecture used an assortment of window styles, accent windows, and bay windows. Some Shingle homes have multiple small windows while others experimented with groupings of all shapes and sizes, such as Palladian windows.

Most homes of the time made use of sash (hung) windows. Double-hung windows have two operable sashes for top and bottom ventilation. Casement windows, which open on a side hinge, were also used, as were Awning windows on rare occasions. Awning windows hinge at the top, opening outwards, like an awning.

Specialty shaped accent windows offer different configurations with fixed glass to provide a unique look to a Shingle home. These unique windows can be used for eyebrow dormers, transom windows above doors, or as wide-ranging mediums of light. Square, round, oval, or arched windows with trim and custom grille patterns are also appropriate.

Grid designs that compliment Shingle-style homes include diamond, colonial, or diamond light patterns. Colorless art glass is relevant for this style to stay true to the natural color palette. 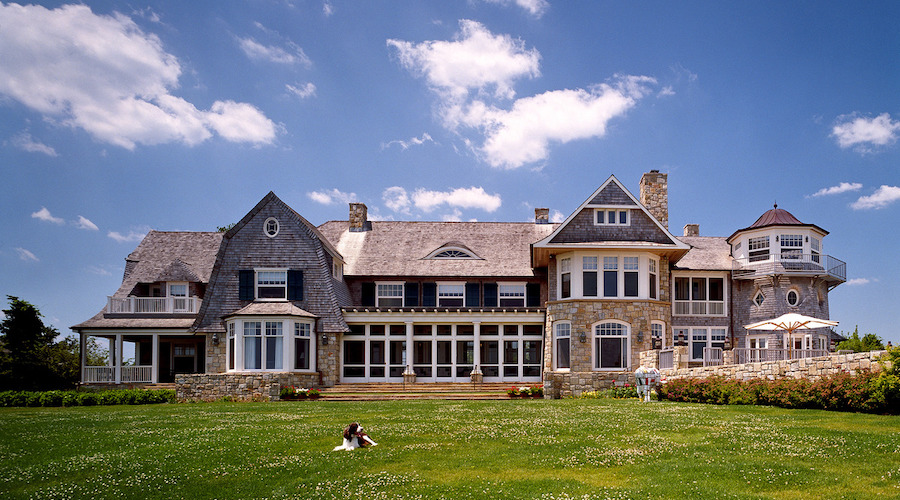 Shingle homes↗ all offer their unique interpretation of the architectural style. No two are alike, although shingle cladding usually puts them in the same category. You're looking for casual with a hint of Victorian.

We've chosen a home in a typical setting for Shingle homes - near the ocean. This modern home by Architect Thomas Kligerman↗ is built in Long Island and is the perfect, stylish beachfront escape. It draws inspiration from Shingle Architects' work, not withholding the freedom to commingle roofing styles, windows, and even an addition of a rounded tower.

Whether you're planning a new build or replacing old windows in an existing Shingle home, we encourage you to select an authentic window style. Not only will the curb appeal of your home increase, but the genuine windows style adds charm and nostalgia to your residence.

Window Styles | Find the right window for your home

Your house was designed in a specific style and you can avoid a curb appeal mishap by choosing the right replacement windows to complement your home. This article will guide you in the right direction when choosing window styles that fit your home.

When it comes to windows you've got lots of choices. To help you in your research, this article highlights some of the best replacement window brands in the industry. Whether you're interested in wood, vinyl, aluminum or steel windows, you'll find a manufacturer on this list that can meet your needs.