There are few things more annoying than fogged up windows. This issue is particularly aggravating on days when the visibility is good outside. When the sunshine is blocked out by fog, you might wonder how a clear pane of glass can be so hard to see through. 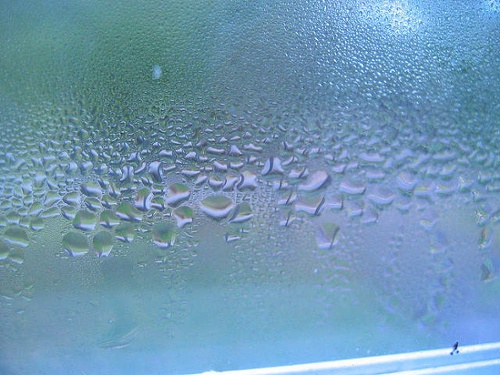 This sight can be quite frustrating (Image courtesy: Benny Lin)

Luckily, there are some steps you can take to prevent fog from clouding up your view and your disposition. These steps vary based on the cause of the fogged windows.

Fog Between The Window Panes

Many windows have multiple panes of glass in the sash, with pressurized gases such as Argon and Krypton filling the gaps between panes. These gases, which are denser than oxygen, serve as an additional insulating area for windows, which would otherwise have little resistance for escaping thermal energy from a home. 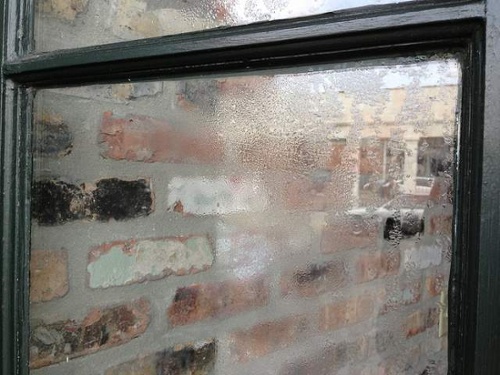 Fogged windows between panes of glass could be the result of a broken seal (Image courtesy: Villeskogen)

Windows with gas fills use seals and spacers to keep gases from escaping. These sealing devices tend to work very well; however, they can cause big problems if they fail.

If a seal breaks, not only can the gas in a window escape, but air can also make it into the space between panes. Since air is less dense than the gases being held in the windows, it’s likely to rush in quicker than the slower-moving gases can escape. This process reduces the effectiveness of gas fills to properly insulate a window.

If you notice that your windows are foggy between the panes, you will most likely either need to replace the entire window or the glass itself. While fixing the broken seal will keep more air from rushing in, the mixture of air and gas fills between panes would take away most of the effectiveness of your windows in insulating your home. Replacements to glass panes or an entire window will allow your window to once again have pure gas fills.

If multiple parts of your window have broken seals, replacing the entire window (frame and all) is most likely the preferred option. If only one part of the window is foggy, glass replacement might be the way to go. 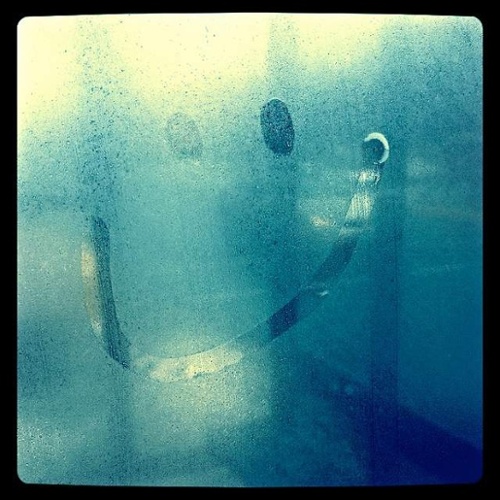 When interior glass panes fog up, you can often draw on them (Image courtesy: Matthew)

Fog on an Interior Pane

If fog builds up on the interior panes of window glass — where you can actually touch it — it’s likely the result of a moisture difference between an indoor and outdoor climate. That means that the windows likely don’t have to be repaired or replaced, but other adjustments might be necessary.

Basically, condensation shows up on your interior window panes because it’s significantly warmer inside the house than it is outside. Since window glass is a cooler surface than the surrounding air in these conditions, moisture that runs into windows or glass doors will collect on it. This leads to the foggy appearance of the glass.

Newer homes tend to be more energy-efficient than older ones. Still, that efficiency can actually help to cause window condensation on days when the home’s environment is drastically warmer and moister than the air around it.

More energy-efficient homes tend to lock out the transfer of air and moisture between the home and the environment outside, leaving no outlet for that moisture to escape the home. The moisture then collects on the coolest surface it can reach — interior panes of windows. This is the same principle that explains why moisture collects on the outside of a cool glass of water on a hot day.

The best way to prevent interior window fogging is to keep track of what appliances you're using, and venting your home appropriately. If you’re running a washing machine, dishwasher or shower a lot on a cool day, you might want to run a fan or open a vent. If you’re watering a lot of plants that are kept indoors, you might want to open a door for a few minutes to allow the moist air in your home to escape without clouding your windows.

Fog on an Exterior Pane

You’ll likely see condensation on the outside of your windows on a cool, humid morning during the spring or summer months. This is the result of warm, moist air condensing against the cool surface of a window pane as the temperatures drop outside during the early morning hours. This actually happens when your windows are working effectively — as muggy, warm air is condensing against a window instead of making its way into your home. This fog will wear off as the day wears on and temperatures rise again.

5 reasons to replace your windows

5 of the most common reasons homeowners decide to replace their windows.

It’s getting hot in Texas and now you can choose which kind of summer person you want to be. Are you going to be the person who basks in the rays of the sun while sitting by the pool or the person who prefers to witness the growth in the garden from inside?