Do you favor a Colonial-style home with charm, dignity, and strong historical roots? Colonial houses have a certain charm about them— they're the picturesque home for films, beautiful backdrops, and dreamy American suburbs. In this post, we look at this architectural style and discuss the best window choices that will suit your home. Whether you're replacing old window frames or building a new house based on Colonial style characteristics, you've come to the right place.

Use the links below to skip ahead in the post

What is a Colonial Style House? 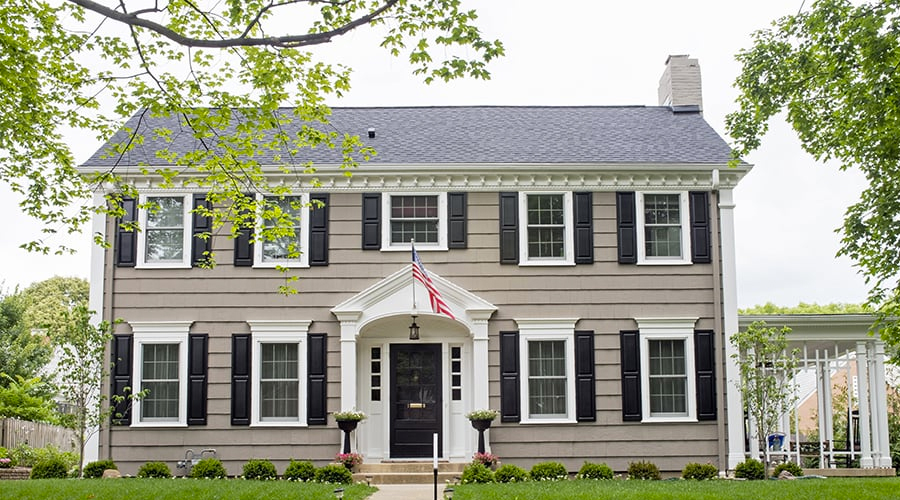 Colonial-style homes have basic structural features. Over time, a wide variety of Colonial-inspired homes have emerged. Various styles display features influenced by French, English, Georgian, Spanish, and Dutch. So you may come across Georgian Colonial homes, like the famous Home Alone↗ house, or English Cape Cod home with their shutters and English charm.

The regional nuances and locally sourced materials are what make Colonial architecture a broad topic.

Colonial style homes are associated with the municipal architecture from 1600 through to the 19th century. The home-style typically exhibits the following essential characteristics:

In the U.S., Colonial style homes are popular in the New England region, encompassing Vermont, Massachusetts, Connecticut, Maine, New Hampshire, and Rhode Island. However, you'll find Colonial homes all around the country, all with the unique characteristics of the colonial power present at the time of the build. In Louisiana↗, French colonial homes are popular due to once being a part of the French Colonial Empire. Spanish colonial styles can be found in Louisiana, New Mexico, California, and Arizona. 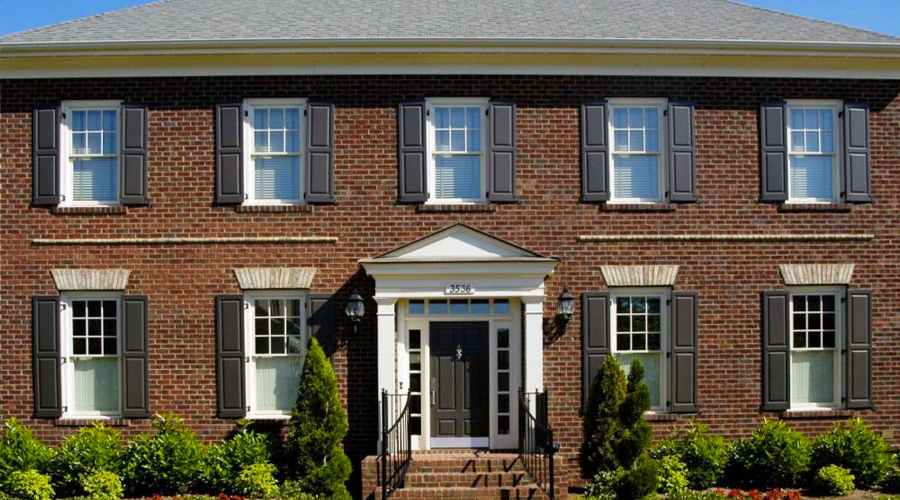 Colonial homes feature multiple windows. The typical facade from street view is nine windows: two on either side of the door, with two windows directly above those and then one window above the door. Dormer windows↗ can sometimes be present, which project out from the roof. The window shapes are vertical, echoing the door's geometrical shape and giving the home a long and grandeur appearance. Colonial manors that developed later may include bay windows' addition, offering more light in individual rooms.

Window styles typically used for dormer, bay, or standard windows are double or single-hung styles. Also known as sash windows, these styles open up vertically with a sliding mechanism in one (single) or two (double) directions. Double-hung windows can open from both top and bottom, allowing for maximum ventilation.

Small picture windows will sometimes adorn front doors, either on the side or above the doorframe. These small panes are stationary and offer additional lighting into the home. 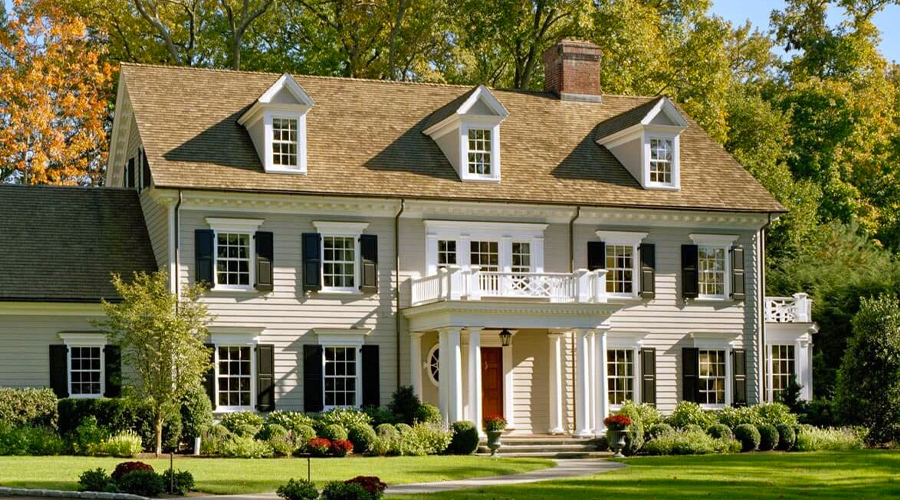 Grid, or grille, patterns on windows further enforce the historical appearance of the home. While builders initially used grids out of necessity, your window manufacturer can add decorative grids to create the look you're seeking.

Colonial homes do not usually use accent window shapes, favoring geometrical proportions, and symmetrical aesthetics. However, specialty shaped windows may be used above the door as part of the "decorative crown."

When it comes to replacing windows in a colonial home, you have the opportunity to replace tired wooden frames with a modern and more durable replacement without losing the typical aesthetics and geometry. Thermal performance is another point to consider depending on your environment. 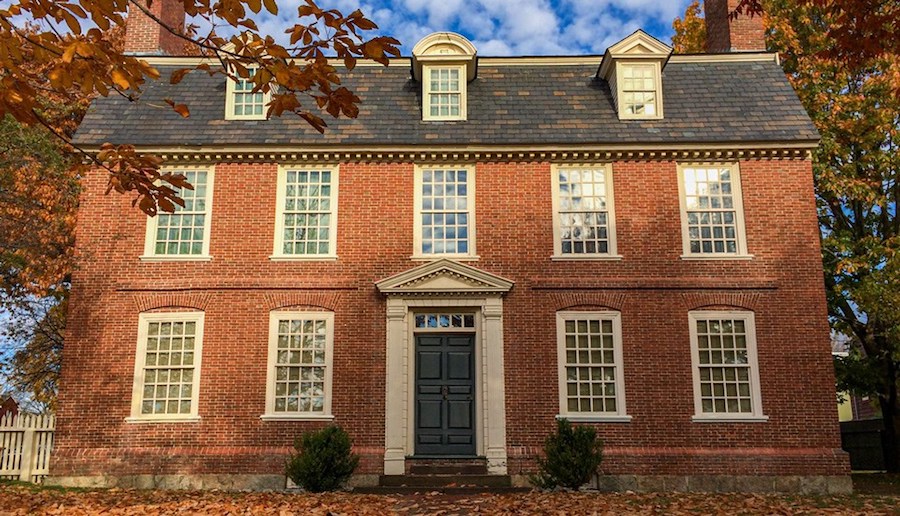 A great example of a Georgian Colonial house found in America is the 1762-build Derby House↗ in Salam. Richard Derby built the house for his son, Elias Hasket Derby, a merchant who became one of America's first millionaires. It is now a historical site, protected as a Salem Maritime National Historic Site↗. This home displays all the typical characteristics of a Colonial home.

Colonial style homes reflect an interest in classicism and history. They are also incredibly versatile, as you'll see from the various substyles of Colonial architecture. Each home has its unique stamp displaying its heritage. If your colonial home has original wood windows, contact a professional to ask about repair options. For windows that are beyond repair and in need of replacement, Andersen Windows offers a wide selection of highly customizable options.

Windows Made with Architectural Authenticity in Mind

For replacement windows that honor the architectural design of your home, choose Andersen Windows. Contact us to discuss options from Andersen's Architectural Collection.